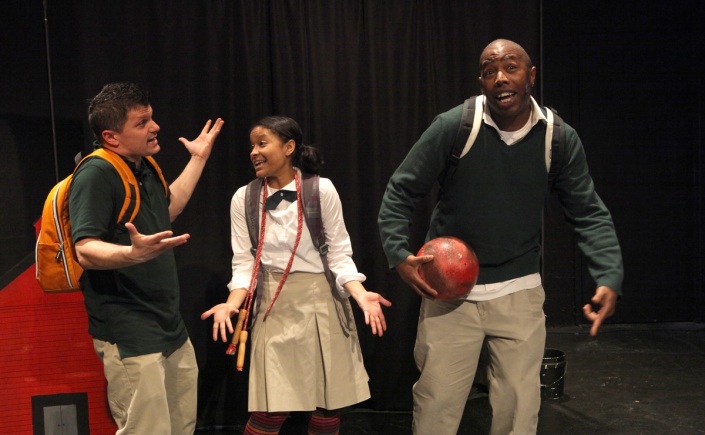 Ana loves stories, and wants the other kids to act them out the way they’re written. But when she finds herself caught up in the legend of Anansi and the Sky God, with music, beats and rhymes creating a world of magic and mystery, Ana discovers that sometimes you have to write your own story—and that writing your own story might be the most exciting thing you can do.

The African folktale is updated, reimagined, and filled with music, beats and rhymes in this new play for elementary schoolers, specially commissioned by Marin Theatre Company. Watch this video to learn more about the playwrights and this play.

As Artistic Director of Expanded Programs at Marin Theatre Company, I produced and directed several shows with professional actors performing for young audiences, including commissions from Steve Yockey, Dan Wolf, and Tommy Shepherd.